The network consists of reputable academic institutions from different countries and internationally recognized experts on corporate governance from partner countries and other countries.

Senior Research Fellow at The Institute for Quantitative Economics, Vienna University of Economics and Business. His previous appointments have been Research Fellow at the University of Vienna and Associated Professor at the Institute of Economics, Bulgarian Academy of Sciences. He has been Visiting fellow at University of Zurich, Visiting Professor at the Hitotsubashi University, Visiting Scholar at the Technical University Freiberg, Copenhagen Business School, and Heriot-Watt University. His research interests are in the fields of corporate governance, country institutions and Central and Eastern Europe. He is the editor of the first book on corporate governance in South-East Europe 'Separation of Ownership from Control in Southeast Europe: A Comparison of Bulgaria, Romania and Albania', Sofia, 1999. He has been involved in consultancy work for the European Commission and has been an initiator of international research projects funded by various institutions including the Bulgarian National Fund for Scientific Studies, European Commission, RSS, Deutscher Akademischer Austauschdienst (DAAD), Austrian Institute for Eastern and Southeastern Europe, CERGE-EI, Austrian National Bank, Austrian Scientific Fund. He has numerous publications in academic journals, including the Journal of Corporate Finance, Journal of Institutional and Theoretical Economics, International Review of Law and Economics, Journal of Comparative Economics.
Homepage

Ph.D. from Princeton University in 1966. He has been professor of economics at the University of Vienna since 1994. Previous appointments include the University of Maryland, the Science Center Berlin, and Cornell University. He is the author of several books including most recently, Public Choice III (Cambridge University Press), The Corporation (Routledge), and Capitalism and Democracy (Edgar Elgar). He is world-known researcher in the field of corporate governance and public choice. According to Handelsblatt ranking of economists researchers in the German speaking world, he was ranked first based on publications in 2007; Among professors Emeritus he ranked first from 2008 to 2011; and has been the highest ranked economist in Austria for many years. Recently he has been involved in research projects on the EU New Members States focusing on various aspect of institutional transition. He is a founder and chair of the informal network on corporate governance and investment established in 1995.
Homepage

Professor and the Head of the Institute for Quantitative Economics, WU Vienna University of Economics and Business. He is internationally recognized economist in the field of empirical industrial economics and corporate governance with numerous publications in first-class journals. Expertise: European mergers and acquisitions, regulation, corporate governance.
Homepage

Chair in finance at the Department of Banking and Finance, University of Zurich. Professor Wagner and his team focus on research in corporate finance, corporate governance, and corporate communication. The team currently consists of one professor, two post-docs and two doctoral students.Fundamental research, applied research, knowledge transfer, and teaching (at undergraduate, graduate, and executive levels) are all conducted by the team members. There is an ongoing collaboration with SWIPRA, the independent Swiss proxy advisor. In the context of this collaboration, Alexander Wagner delivers input to voting recommendations for institutional shareholders.
Homepage

Holds a chair in finance at Cardiff Business School, Cardiff University. Before joining Cardiff, he held various posts at the University of Manchester Institute of Science & Technology (UMIST) as well as the Universities of Manchester, Reading and Sheffield. Marc is a Research Associate of the European Corporate Governance Institute (ECGI).
Marc’s research interests are corporate finance and corporate governance. Marc has published widely in academic journals, including the Journal of Finance, Journal of Financial Intermediation, and the Journal of Corporate Finance. He is also the author of a textbook on corporate governance. He is an associate editor of the British Journal of Management, the Journal of Banking and Finance, and the Journal of Corporate Finance.

Professor of Accounting & Finance at the Alliance Manchester Business School, University of Manchester in the UK. After studying Economics at Queen Mary College in London, she completed her Masters and doctorate at Oxford University. She joined Manchester University after working as a research assistant and visiting academic at the London School of Economics. Her research is mostly in corporate finance, governance and related areas. She has published her research in well-regarded academic journals such as the Journal of Corporate Finance, Journal of Banking and Finance, Journal of Financial Stability, European Financial Management, etc. Susanne has taught corporate finance at all levels (MBA, under- and postgraduate), and also teaches courses on related subjects such as industrial and managerial economics. Susanne’s research has benefitted a lot from her teaching, which she enjoys. She is looking forward to teaching you this summer. The topics of her summer-school course are closely related to Susanne’s current research.
Homepage

Full Professor in Managerial Economics at Universitat Autònoma of Barcelona (UAB). He graduated from Universidad de Zaragoza (Spain) and holds an M.A. and a Ph.D. from Stanford University. He is currently the coordinator of the DEMO Doctoral Program at UAB. Visiting fellow in ITAM, Kobe University, and Copenhagen Business School. His research interests are in the fields of corporate governance, comparative institutional analysis and the theory of the firm. Recent papers deal with the governance mechanisms and efficiency of the Spanish Banks, Ownership and Corporate Governance, CEO turnover and employee participation. He has published, among others, in Journal of Banking and Finance, European Journal of Operational Research and Strategic Management Journal, and several book chapters. In particular, team member of “The Control of Corporate Europe”, by Oxford University Press. He has served as a referee in more than 25 different journals, many related to Governance issues.
Homepage

Full Professor of Applied Economics at Politecnico di Torino (Department of Management) and Research Fellow at CERIS-CNR (National Research Council). Her research interests are in the area of industrial organization and corporate finance, with a strong focus on the application of panel data econometric techniques to firm level data. In particular, she has contributed to the literature on the relationship between capital market imperfections, firm investment decisions, corporate governance, ownership and capital structure of regulated firms; economic integration and industrial organisation in the EU; firm multinationality and diversification. On these issues she has published in leading international journals, including the Journal of Public Economics, International Journal of Industrial Organization, Journal of Comparative Economics, Journal of Economics and Management Strategy, Economic Inquiry, Small Business Economics, Review of Industrial Organization, Industrial and Corporate Change, Journal of Regulatory Economics and Corporate Governance: An International Review. She is also Co-Editor-in Chief of the Journal of Industrial and Business Economics - Economia e Politica Industriale and member of the Editorial Board of the Review of Industrial Organization.
Homepage

Associate Professor in Economics, is a Research Coordinator at the Center of Excellence for Science and Innovation Studies (CESIS) at the Royal Institute of Technology (KTH), she is also Research Director at Swedish Entrepreneurship Forum in Stockholm. Palmberg has a PhD in Economics from Jönköping International Business School. She defended her doctoral dissertation “Family Ownership and Investment Performance" in 2010. Expertise: corporate governance, corporate finance, theories of the firm, transaction cost analysis, and entrepreneurship. Johanna Palmberg has published articles in academic journals such as Corporate Governance: An International Review, Family Business Review, Journal of Small Business Economics, and Corporate Ownership and Control. Recently she works on topics like women as directors, owners and CEO, family firms and access to capital; innovation in family firms.
Homepage

Professor of Corporate Governance at Copenhagen Business School (CBS) and founding chairman of the Center for Corporate Governance, CBS. He specializes in corporate governance as a teacher, researcher, consultant and commentator. His academic publications include 33 international journal articles and several books on the subject. His research is currently focused on industrial foundations – foundations that own business firms.
Homepage

Full Professor at the Faculty of Economics, University of Ljubljana. He has been Guest Professor at the Vienna University of Economics and Business Administration (2006-2008). Senior Research Fellow at the Institute for Economic Research, Ljubljana (since 1998), and affiliated to LICOS Centre for countries in transition at the University of Leuven, Belgium (since 2004). Since 2011, senior Research Fellow at VIVES, Centre for Regional Economic Policy at the University of Leuven, Belgium. Since 2016, visiting professor at the Department of Economics, University of Leuven, (Belgium). Partner in international research projects funded by the European Commission, World Bank (GDN) and United Nations. Business consultancy: for international organizations (European Commission, EBRD, OECD) and private companies in the fields of finance, telecommunications, infrastructure, energy. He has been a former Minister for Growth, Government of the Republic of Slovenia, and President of the Economic Reforms Committee to the Slovenian Government. He has numerous publications on corporate governance, foreign direct investment and firm performance in the European transition countries. Recent publications: The World Economy, Review of World Economics, World Development, Oxford Bulletin of Economics and Statistics, Journal of Comparative Economics, Economics of Transition, Economic Letters, Economic Systems, etc. Chapters in monographs published by Edvard Elgar, Palgrave, MacMillan, World Bank, etc.
Homepage

Vienna University of Economics and Business 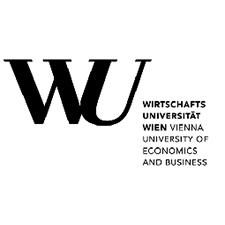 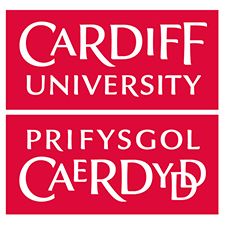 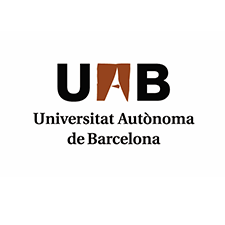 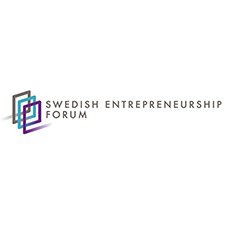 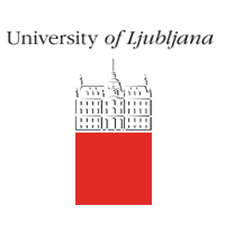